The story behind the EquineTrader app and how it was built to succeed. 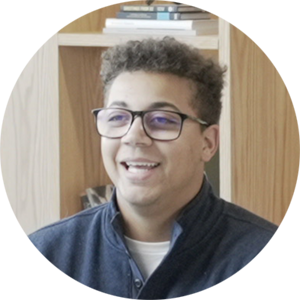 A better path to enlightenment.

The horse selling industry is much larger and broader than the average person may know.

Sellers range from breeders who own and sell larger quantities of horses to ranchers who may just be looking to buy or sell one horse.

Until now, most of these sales have been done by word of mouth or auctions.

The client and the big idea…

Chris Holmes grew up riding, training, and owning horses. According to him, people either love horses or rarely give them a second thought.

Chris is one of those people that absolutely loves horses.

During a time when he was breeding and raising horses, Chris was planning on selling one of them and realized there was no place to sell a horse. Some of the few options he found were clunky, awkward, overwhelming, and extremely ineffective.

This is where the idea for EquineTrader first made its debut, inspired purely by frustration.

His background with horses and his network of ranchers, reining trainers, and horse breeders were a great foundation for his idea to take root.

He wanted to build an app similar to car selling platforms, but for horses.

The target customer and build requirements.

Having been in the industry for a while, Chris has connections with some of the top professionals in the equine industry.  He pulled from his own experience and the knowledge of these professionals to determine insights into EquineTrader’s target market:

Many of the big players in the equine trading industry are less inclined to be technologically savvy.  Chris wanted something that would be easy to navigate for all levels of tech experience.

They are both buyers AND sellers.

With his previous frustrating experience selling horses, Chris was able to offer a great perspective on the seller’s needs for the app, but he didn’t want to build a product that was only good for one side of the transaction — It needed to be a great experience for buyers and sellers.

They come from a variety of disciplines within the equine industry.

These insights gave us a few build requirements:

Our role in the project

Chris had the idea, he’d done his research, he knew the target audience.  Now he just needed someone to design and develop his app idea.

He’d shopped his idea around to a few different agencies, and ultimately decided to move forward on the project solely with Strides Development.

The appeal to him was Strides’ transparency and realistic outlook on pricing, timelines, and expectations.

Big Idea #1: Building a tech solution for a non-technical customer base.

Before EquineTrader, the only way to really buy or sell a horse was at auction, through personal connections, or through horribly limited websites.

There was no way to search specific breeds or characteristics and oftentimes there was little to no information about the horse accessible to buyers.

Chris already knew the market extremely well and had tons of connections within the industry and was able to validate his idea.

We knew that with our target audience, we needed to focus on solving the immediate issue with a simple, straightforward app and that expansion and scaling would come later.

Breakthrough: Through an easy user experience and a fast app, we made it easy for non-technical people to post a listing.

With the app idea having been validated by users from a variety of backgrounds and disciplines within the equine industry, we created a platform that is easy to use both for big-time and small-time buyers and sellers.
‍

Problem: The cost estimate and budget may have to be adjusted

Unforeseen obstacles and pivots will occur! It’s unavoidable. This can cause huge problems, especially if communication isn’t clear between client and developer.

Luckily for us, Chris had a pretty firm grasp on this aspect of development and was committed to the project.

Ah-Ha Moment: The level of commitment from founder and developer is what really matters

Yes, cost matters, but the cost will be heavily affected by the level of commitment to the project from both the founder and the developers.

Breakthrough: Doing things right the first time around even if it costs more

We committed to doing things right the first time around and having a clear line of communication with Christ when things didn’t go as initially planned.

With a relationship of trust between client and developer, we were able to create an app capable of future expansion and scalability.
‍

Big Idea #3: Getting an MVP to market as efficiently as possible.

Problem: Feeling like your app has to be “perfect” before launching

This is a problem we run into frequently. Founders have big visions for their apps and they want to pack a ton of features in and make sure it’s perfect before launch.

They don’t want to go to market without all the bells and whistles and end up taking a ton of extra time reworking it and packing in features and changes. Chris calls it paralysis by analysis.

We wanted a stable product that would evolve over time. We knew that changes would come later and that releasing an MVP (with just the basics) would get the app out the door and on an upward trajectory more quickly.

Breakthrough: Launching an MVP early opened the door for customer feedback and progress

Once we launched the MVP, we were able to get direct feedback from customers on features they really wanted to see on the app.

Rather than creating a bunch of features upfront without knowing whether they would even be valuable to users, we were able to hear directly from them the changes and additions they wanted to see.

This allowed us to form the app’s features directly to our target audience without wasting time and resources on pointless features.
‍

Typically you should have a marketing plan in play long before you launch your app.

If you’ve done this right, you’ll have users just waiting to download the app as soon as it becomes available.

Chris was dead set on not doing this.

Ah-Ha Moment: The value of a niche product and knowing your industry

Chris has personal connections with some of the top professionals in the industry. He related it to selling basketball merch and he just happened to know Kobe and Lebron.

Obviously, you would get Kobe and Lebron to wear your merch. If we could get these top of the industry professionals using EquineTrader out of the gate, word would spread to the rest of that niche market.

Breakthrough: Breaking into a niche market

Chris had done a lot of the leg work already, having gone to these same professionals to validate his idea before it even went to development.  They knew it was coming and they were excited!

Within a year (and with zero marketing), EquineTrader has over 15,000 followers on facebook and is selling 10 horses every day with plenty of room to grow.

How much does it cost to build a directory or marketplace app like EquineTrader?

So how much does it cost to build an app like this?

A typical marketplace app about as complicated as EquineTrader should cost between $100k and $150k.

This rough estimate only accounts for one platform (iOS).
‍

How long does it take to build a marketplace app?

If you’re building an app like this, you should expect the process to take 3-5 months from beginning to launch.
‍

If you’re looking to build an app similar to EquineTrader, we hope this writeup was helpful!

If you need a team to help you execute your build, we’d love to help. Schedule a strategy call below and let’s talk about your great app idea.

Austin Betzer
My only passion is helping others solve meaningful real-world problems. I will continue to do just that!

Want to talk to an expert about your app idea?

We'd love to chat with you about your idea, see if we'd be a good fit together, and give you some ideas on your app!
Get Your Free Call

5 Best Outfit Planner Apps: Level Up Your Style in 2022

Do you struggle in the mornings with choosing an outfit? Here are five clothing apps to help you engineer your style.

What’s the best dog walking app for 2022? Give your pup the time of his life and some next-level fun with these six apps!